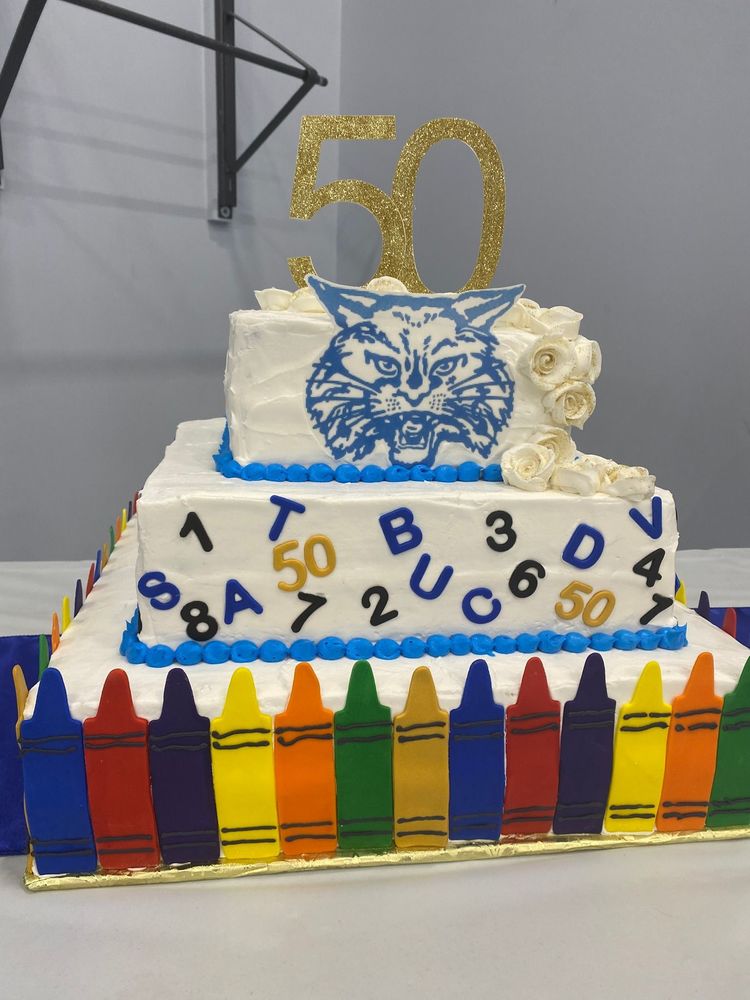 Dozier Elementary celebrated the 50th Anniversary date of the school’s opening on August 29, 1972. Originally, the celebration was set for Monday, August 29, 2022, but Erath had no school that day due to town electrical issues. Though the celebration was postponed and held on Tuesday, August 30th instead, it didn’t dampen the spirits of the celebration in the least. In 1972, the feeder school was for all students in grades 1st-3rd grade. The doors opened with Principal Johnnie Suire, 29 faculty and staff members, and 271 students in grades, one, two, and three. The school now houses PreK-5th grade.

Principal Andrea Ford and Assistant Principal Jessie Lege, along with the faculty and staff, hosted an anniversary pep rally at 1:00 pm for students and former employees. As part of the unique celebration, the Erath High band, cheerleaders, dance squad, football team, and Bobby the Bobcat were available for the pep rally. Superintendent Tommy Byler, Assistant Superintendents, Paul Hebert, Kimberly Etie, Marc Turner, as well as past administrators, and former Dozier Elementary faculty and staff members were on hand, as well. Erath High student, Coy Frederick was invited to play the National Anthem on his accordion.

Following that event, students headed back to class, while there was a special gathering and cake for former Dozier Elementary faculty, staff, and the special guests in the gym. Fifty years later, five original staff members were present. Those included Marilyn Dufrene Brantley, Judy LeBlanc, Cheryl “Pie” Domingues, Cynthia Frederick, and Beverly Libersat. Rickey Suire Domingues attended in honor of her father Johnnie Suire, who was the first principal when it opened in ’72.  Suire passed away in 2010.

Fifty years have since passed since Dozier Elementary opened its doors in August 1972, as a feeder school in Erath. There have been seven principals, seven assistant principals, a number of faculty and staff members, and thousands of students who have passed the doors in five decades.