DES Student of the Year 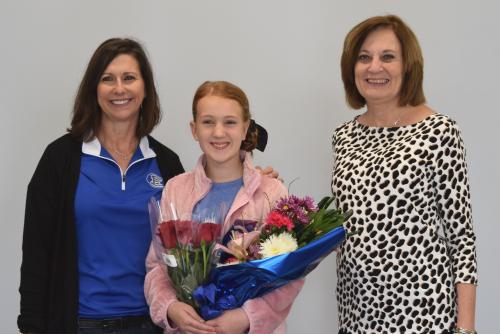 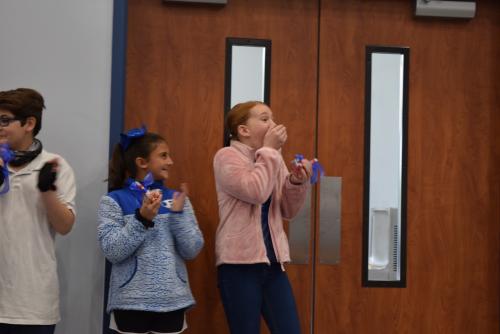 On Friday, December 6, 2019, Principal Karla Langlinais announced at an assembly that Elise Mencacci was named the 2019-2020 Dozier Elementary Student of the Year. The preteen was then surprised with flowers and gifts from the school, her parents, grandparents, and other extended family members.

Elise has exhibited perseverance while overcoming many obstacles during her life. She was recently interviewed for being one of the leaders in the decorating process for our upcoming Christmas in Erath. She has a cumulative GPA of 4.0, scored advanced and mastery on LEAP, has held leadership roles in our school and community, she is actively involved in school and community clubs, and has been recognized and has earned many awards over the years. As a fifth-grader at Dozier Elementary, she is able to successfully express her ideas, both with writing and verbally. She is an advocate for children who experience cancer by fundraising for St. Jude’s Cancer Hospital. Being a child survivor of cancer, Elise and her family work with others to bring awareness of childhood cancer through both fundraising and volunteering. This past year, she presented a check in the amount of $16,000 to St. Jude’s that was raised at the Delcambre Poker Run.

She is the daughter of Erath Mayor Taylor and his wife, Amy (Landry) Mencacci. She is the granddaughter of Leslie (Dronet) and Mark Mencacci and John and Krista (Sonnier) Landry, all of Erath.